ITS HISTORY AND ITS SIGNIFICANCE

Might the two be linked? This might explain why we found no sign of occupation here — even though today the fields are dry, having been drained by post-medieval farmers to reclaim the land for agricultural use. By contrast, the land that these fields surround — the land that saw the focus of our finds, and later housed the parish church and post-medieval manor house — was noticeably higher, which must have once created a habitable island rising out of the medieval marsh.

We see it in various guises scattered along the Trent — Burton upon Stather, Flixborough, Gainsborough, Gate Burton, and so on — where it is thought to possibly indicate the presence of Middle Saxon forts controlling landing places along the river. Might our site have been similarly strategically sited? Certainly Little Carlton is conveniently nestled between two waterways, the Beck and the Old Eau, which merge to form the Long Eau, a meandering river that empties into the North Sea at Saltfleet Haven some 12km to the northeast.


Could Little Carlton have been deliberately located, and have flourished, because of its ability to control coastal trade? This is an exciting line of enquiry that future investigations might yet answer. These ephemeral finds represent a halo scatter of activity, suggesting more the periphery of a Roman site than a settlement itself. Might we be on the verge of locating even earlier occupation at our site? Or might these objects be treasured heirlooms curated into the Early Medieval period?

The presence of a 6thcentury Anglo-Saxon brooch provided further tantalising hints of continuity — but this was a matter that only excavation could resolve. Moving our project forward was not as simple a matter as just saying that fieldwork was required, however. Although the PAS has made great strides in recording finds, logging its millionth in September CA , few such assemblages have been investigated archaeologically.

Excavation is costly, and unfortunately the PAS does not currently have the resources to fund research. Any attempt at such an investigation, then, relies on a proactive approach from the local FLO, the landowner, and the finder, as well as anyone else who might be in a position to help. We were lucky in this respect.

There were no guarantees that such a search would succeed: given that the site had been extensively ploughed over the last few hundred years, it was quite possible that no identifiable archaeology would survive below the surface. There were further hints of earlier activity too, with a circular ring-ditch identified to the east interpreted as a probable prehistoric barrow — though this was not investigated due to the limited scope of the excavation.

Analysing the distribution of metal finds showed that they formed a distinctive cluster north of the parish church, and petered out south of the modern road.

Interestingly, while the area lying outside the boundary ditch to the south was impressively busy, outside its northern limits there seemed to be no features at all. To try to answer this, we produced a 3D model of the land surface using LiDAR data, which allowed us to visualise the landscape on a large scale, and to study it in detail. In this imaging, our island was much more obvious than it is today, rising out of its lower surrounds. To complete the picture, we raised the water level digitally to bring it back up to its early medieval height, based on the topography, geophysical survey, and distribution of Anglo-Saxon finds.

These results were illuminating, but it was increasingly evident that little more information could be gained without targeting a number of these finds for excavation. It was time to put spade to ground. The next phase of our investigation saw us teaming up with student volunteers from the University of Sheffield to open nine evaluation trenches exploring selected features.

Seven of these were located in the busy area north of the church: two over the boundary ditch itself — one to the east and one to the west; one over the dogleg of a central north—south ditch; two larger trenches at the intersection between a number of linear features, hoping to characterise as many as possible; and two inside the boundary ditch to explore some of the features we had identified within its confines.

On top of this, we put in another trench outside of the ditch to compare this area with its interior, while in the field to the south of the church, a single trench investigated the relationships between the boundary ditch, the raised water-level, and the features we had identified in the space between the two. Signs of settlement: excavation revealed tangible traces of early medieval occupation, including quantities of butchered animal bone. Over in the trench dug outside the southern boundary ditch, the area between ditch and marshland was giving up extensive evidence of industrial activity, mostly metalworking.

Most striking was a circular patch of burnt clay some 1. Unfortunately, this feature had been heavily disturbed by later ploughing, which had destroyed its top, but we were still able to recover a large number of molten drops of lead and lead slag: signs of smelting.

Given the noise and smell that such processes would have created, it is not surprising that they were limited to the marshy outskirts of the settlement. 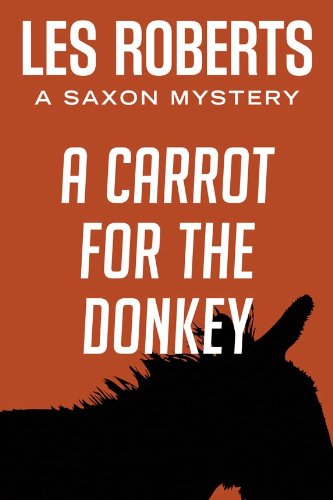 There were more finds to come at the southernmost end of this trench, where the land fell away sharply at the exact point where our 3D model suggests that the Anglo-Saxon era waterline would have been. Here, running parallel to the trench, were a line of postholes that may be vestiges of a quay or jetty from which the island community could have navigated the marsh.

Piece by piece, we were coming to understand how they may have lived. In the field to the north of the church, our investigations were proving particularly fruitful, not only confirming the findings of the geophysical survey in this area, but also yielding new information, revealing a not inconsiderable number of gullies, ditches, and postholes that had been too small for the magnetometer to pick up.

All of these we could date solidly to the Anglo-Saxon period thanks to the fragments of pottery that they contained. Two of these trenches were of particular note: the larger trenches that we had opened over a series of intersecting linear features. Cutting into the natural soil at their base were a number of gullies, postholes, and associated metalled surfaces: the well-preserved footprints of early medieval buildings.

Although the restricted size of our trenches prevented us from reconstructing their full extent, the butchered animal bone and pot sherds found in the dark, rich layer sealing the structures allowed us to date them securely.


Our wider landscape analysis had shed light on how the Middle Saxon community was able to thrive, and why such a concentration of artefacts from this period had been found around this spot, but now — at last — we had a tangible link to the inhabitants of this community. The views expressed in the contents above are those of our users and do not necessarily reflect the views of MailOnline. I tipped off police that my husband was Midsomer murderer: Mother of two, 27, reveals how she found suspicious Google searches on partner's phone and realised he had bludgeoned a grandmother to death with hammer.

Who was she? Mystery of the bejewelled Anglo-Saxon woman found buried beside sacrificial cow in unique discovery The female skeleton was found with brooches and hundreds of amber and decorated beads Experts believe that such burial rituals indicate wealth and power By Daily Mail Reporter Published: GMT, 3 July Updated: GMT, 3 July e-mail 37 View comments. Share this article Share.

Meet the celebrities vying to reign supreme as full cast of 10 is confirmed 'I've changed so much!